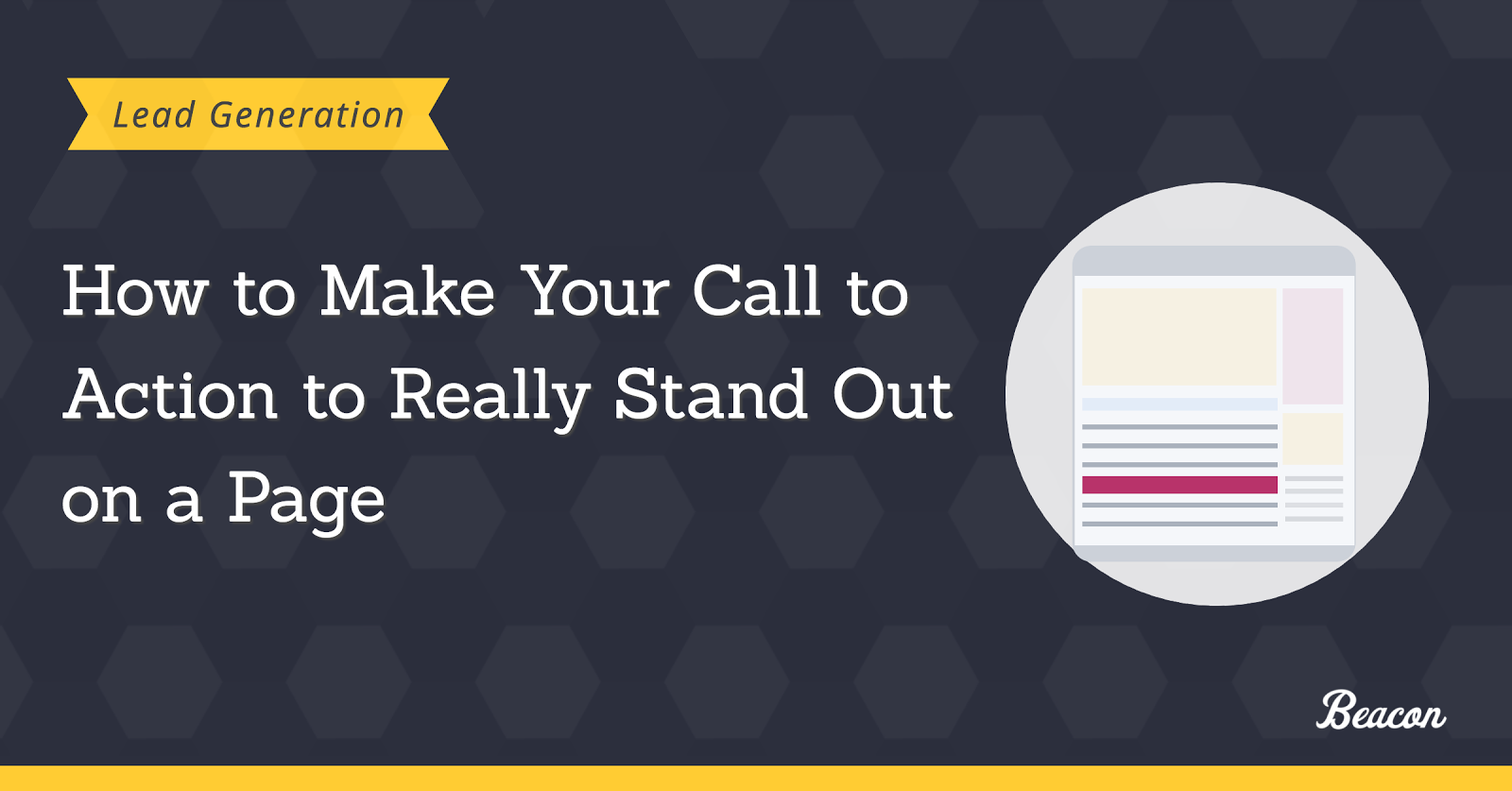 Let’s face it – the success of your lead magnet (and your entire lead generation efforts) greatly depends on whether visitors can notice your calls to action.

After all, it doesn’t matter how great your ebook might be or what useful information you’ve packed into it…

… it will still fail miserably if no one spots, and acts on its call to action.

And in this post, I’m going to help you overcome just that.

I’ll show you 3 super-simple ways to ensure your lead magnet call to action will truly stand out on a page. And what’s great about them is that they don’t require any hard work or special skills to implement.

Intrigued what they are? Then let’s get cracking.

#1. Move the CTA to an Unusual Position on the Page

Look, I’m sure you do it too – since you know where websites typically place their ads or other calls to action (CTAs), you avoid looking at those areas.

Take sidebar, for example. Pretty much everyone these days packs it with calls to action, ads, and other elements that are supposed to grab your attention.

The result? You ignore it.

And I see a proof of this in the performance of my company’s banner calls to action. No one’s clicking them! At the same time, CTAs we placed in other locations, attract a healthy number of clicks…

Of course, our sidebar CTA simply might not be engaging enough. However, I think a behavior known as the banner blindness plays a role in those poor results too.

Banner blindness describes phenomena in which we choose to overlook or ignore any advertising on a page.

Various research has proved banner blindness to be true. Recently, a study published by Infolinks revealed some alarming facts regarding this phenomena:

But it also makes it clear why visitors don’t click our calls to action in the sidebar, for example.

They simply don’t see them!

Luckily, the solution to this problem is simple – you just have to change where you place your CTAs.

For example, one of the best converting CTAs on our site is a slide-in. This small call to action appears on a page after a user has engaged with the content for long enough (in our case, it’s scrolling past 40% of the page).

Once they’ve reached that point, the call to action slides in on the side of the screen, immediately attracting attention. 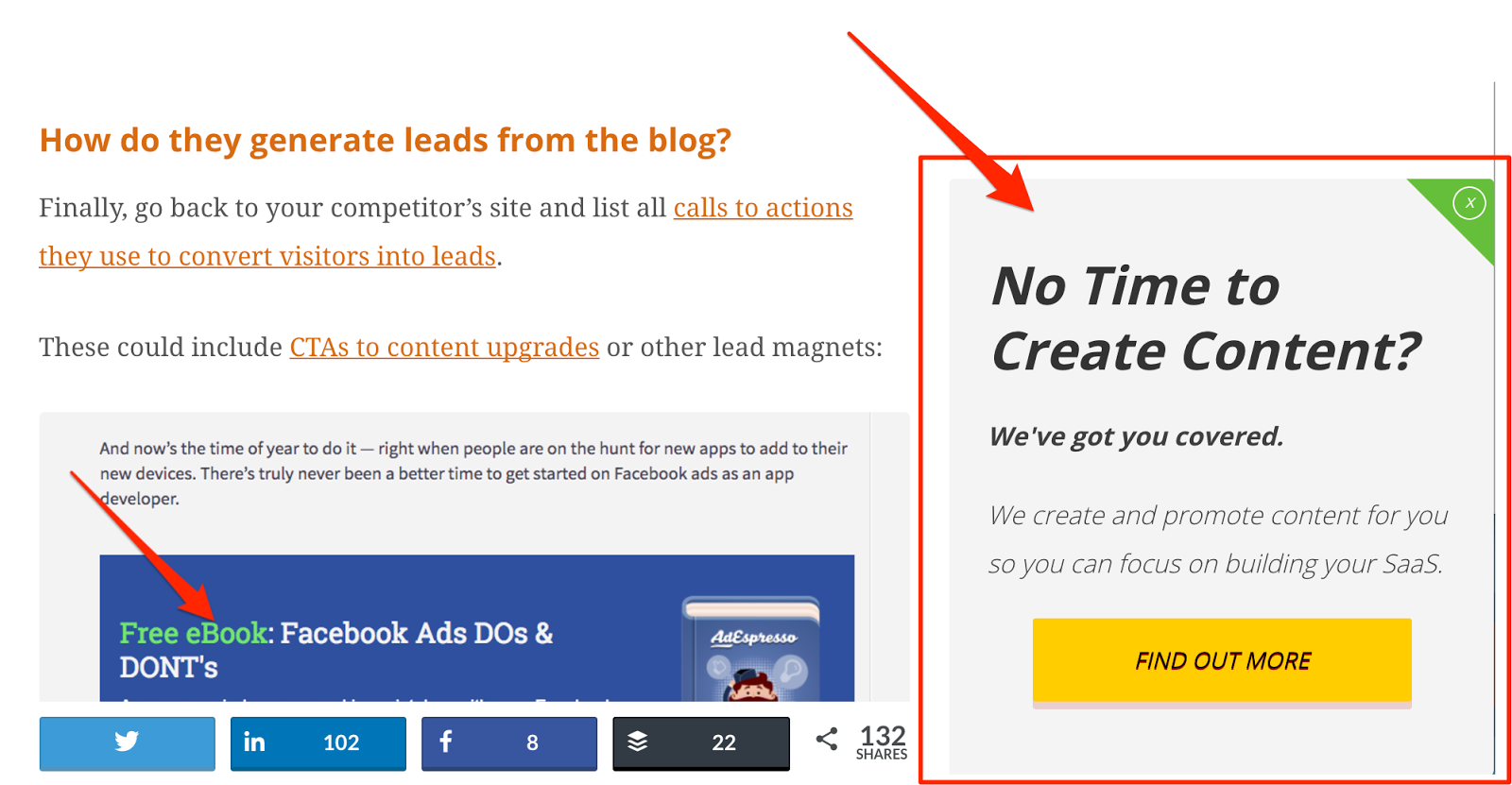 (The slide-in we use on my company’s site)

Most readers will not expect a call to action within the text of an article. And so, they’ll be more likely to spot it.

Many blogs already use this strategy when offering content upgrades. Here’s how we’ve used it here on Beacon’s blog: 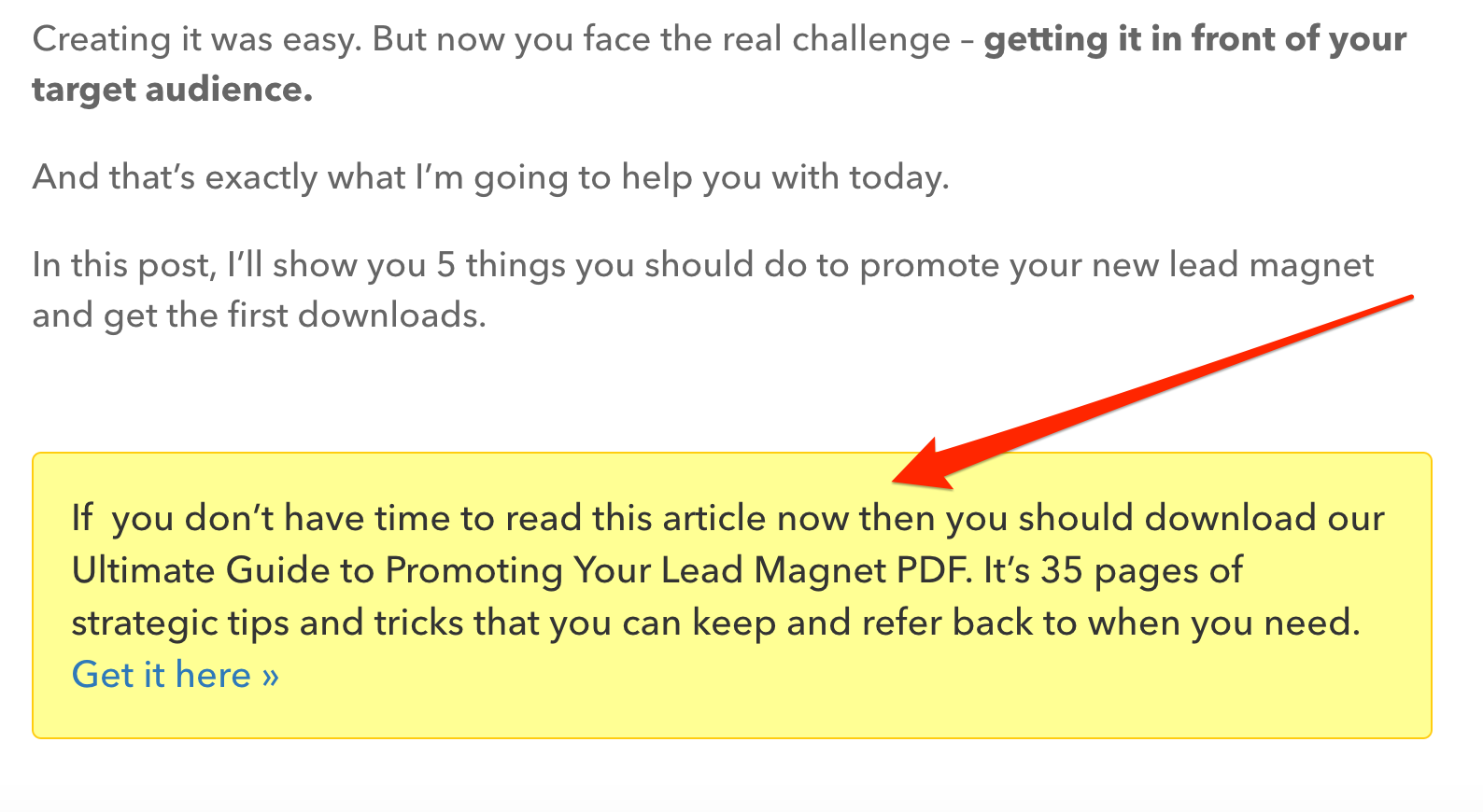 However, you could also create a proper CTA that would even allow visitors sign up for the lead magnet from right inside your blog post.

For example, here’s a bold (and huge!) CTA Unbounce places inside their blog posts. 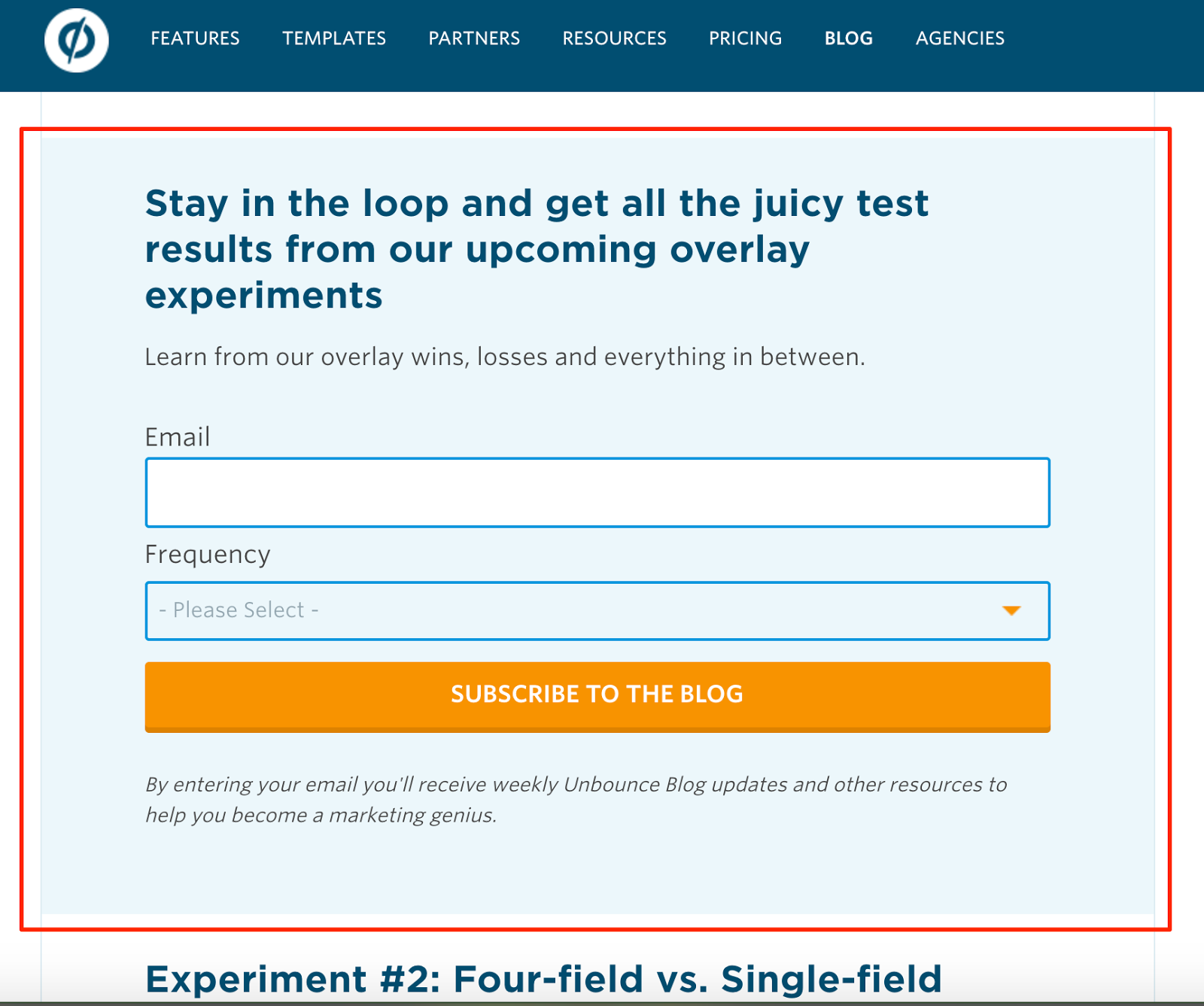 (link to the original post where I found this CTA)

Note that the CTA includes the form, reducing the number of steps a person needs to take to sign up.

#2. Use Unusual Shapes in the CTA

A couple of lines above I hinted at how huge is the Unbounce’s call to action.

And it is. Believe me. It’s so big that I could hardly fit it in the screenshot.

But here’s the catch – that’s exactly what makes it so noticeable.

I don’t think anyone could scroll past it without at least spotting it.

(Mind you, whether they’d respond to it is a completely different matter. One governed by different rules, for example – the quality or relevance of the headline.)

Increasing the size is another way to make a CTA impossible to miss.

But there are more, for example, using unusual shapes for buttons and other elements.

And Unbounce does a great job with this too. Just take a look at another of their calls to action (found in this post):

Notice something unusual? Yup, instead of an image of the cover, it features a 3D representation of the lead magnet.

(BTW, this CTA is also huge. I had to reduce the browser’s window to 70% to capture it along with a small section of the post.)

The 3D cover makes the CTA immediately stand out on a page, and provides a focal point for a reader scrolling down the page.

Note – if you’re a Beacon user, soon, you’ll be able to create similar 3D covers for your lead magnets. And if you’re not familiar with Beacon yet, you can check it out here.

#3. Leave Space Around the Call to Action

I love this quote from Paul Boag:

Drop your CTA in the middle of a busy page, and it will simply drown in the noise.

But leave whitespace around it, and you’ll create an unmissable call to action.

If you’re not familiar with the concept of whitespace, let’s go over it really quickly.

Whitespace is a design term, referring to a negative, empty space around the object. Note, in spite of what the name might suggest, it doesn’t actually have to be filled with white color.

Whitespace simply denotes areas on the page that contain nothing but its background color. Here’s a quick example: 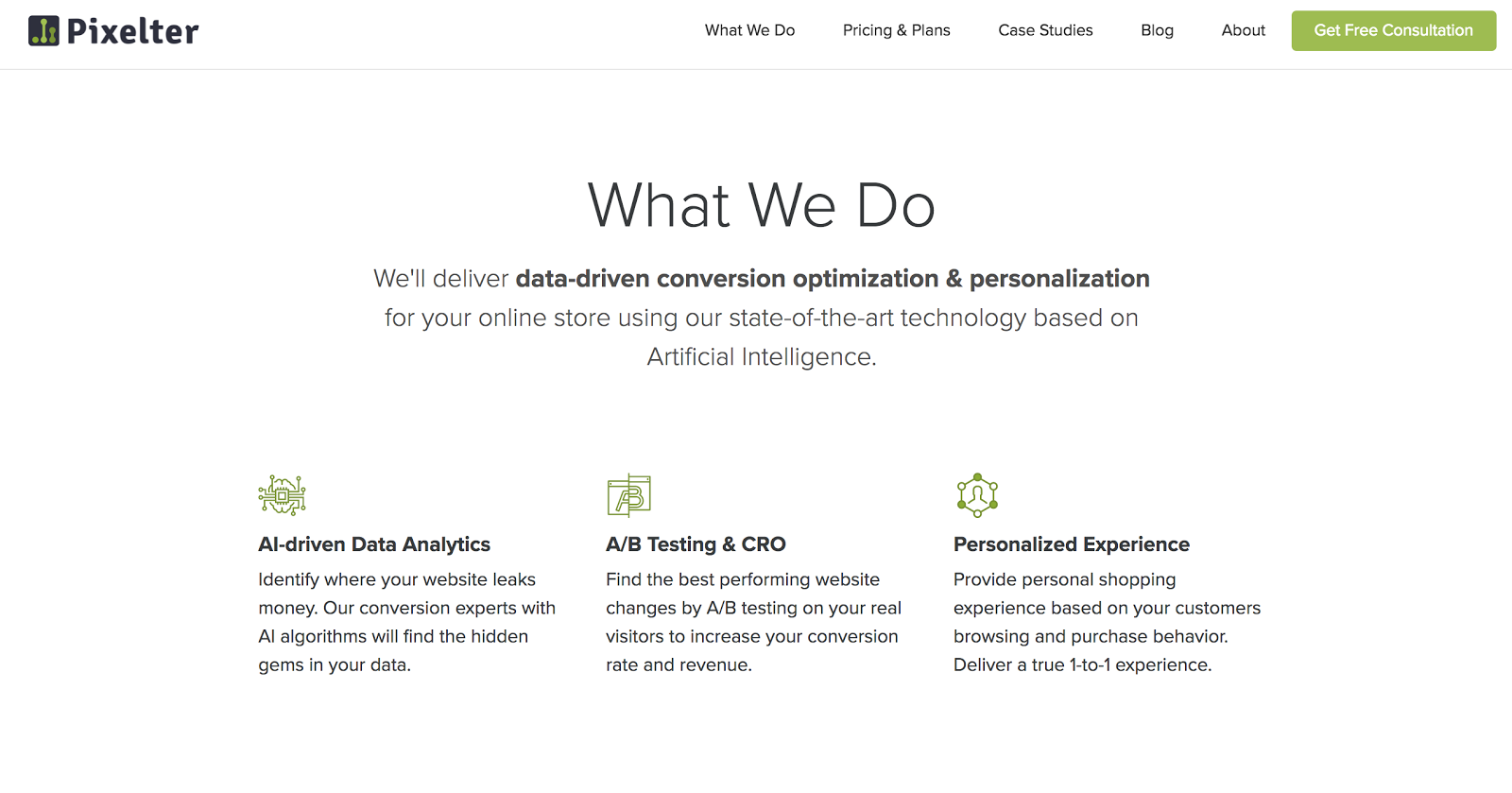 (link to the page I used as the example)

But I admit, it might be hard to identify all the whitespace, if you’ve never done it before. So here’s the same screenshot again with all whitespace marked with red rectangles. 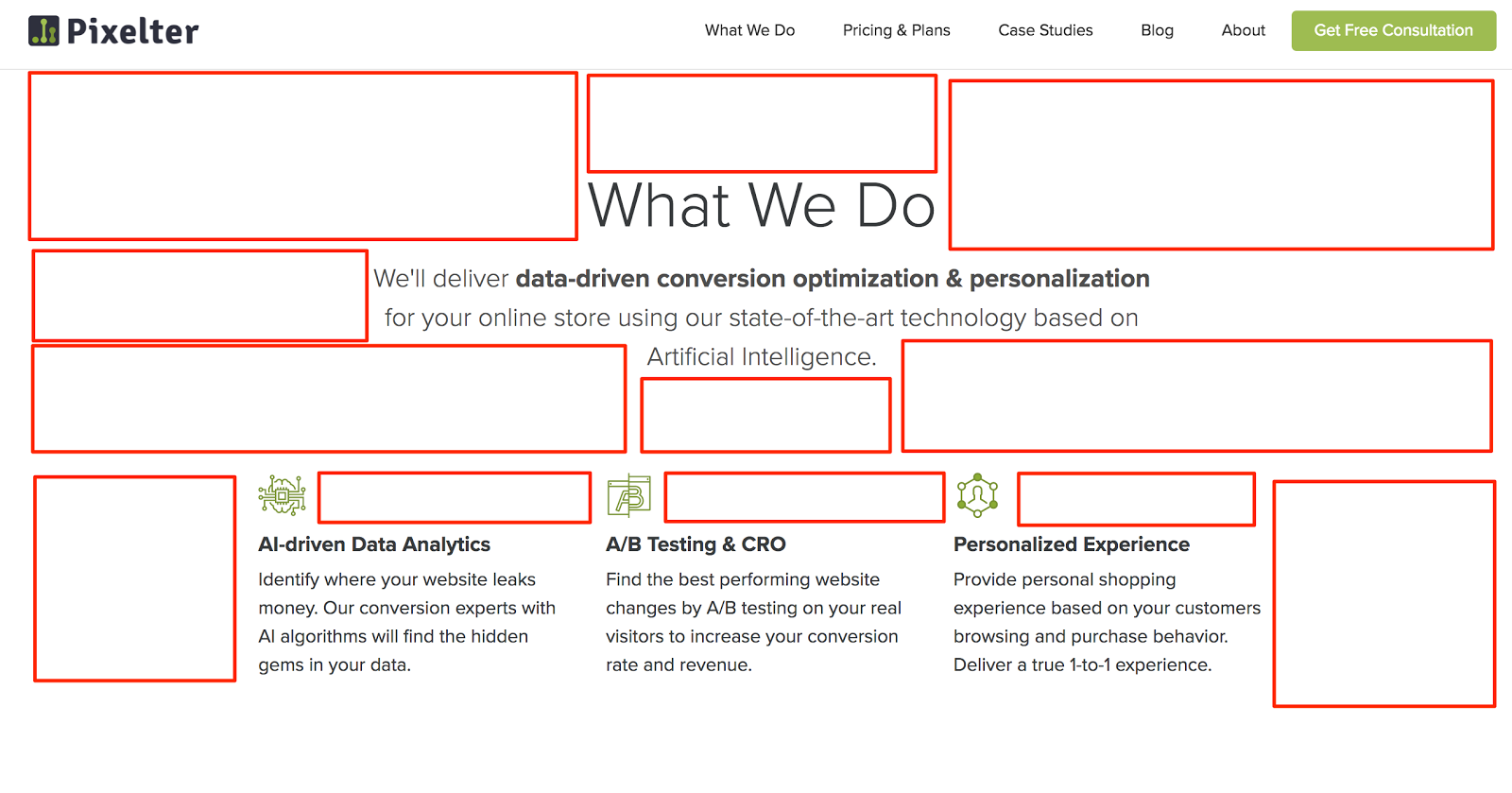 The whitespace allows a visitor to quickly notice and distinguish all elements on this busy page. Just image how cluttered that page would look like without the whitespace.

The same rule applies to calls to action, particularly if you place them in busy areas on a page.

If you surround them with too many elements, they’ll simply disappear in the noise.

By simply moving those elements a bit away, you’ll immediately make your CTA easier to spot.